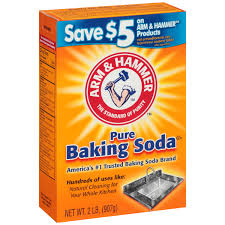 Ask your doctor or pharmacist for more details if you’re interested in using this drug for any other conditions.

At least 4 ounces (120 millilitres) of water should be used to dissolve the sodium bicarbonate powder. Utilizing a measuring spoon, precisely measure powdered amounts.

Unless your doctor instructs you to, never give sodium bicarbonate to children younger than 12 years old.

The amount of sodium in your body rises as a result of this medication. Consult your doctor before taking sodium bicarbonate if you are on a diet that restricts your intake of sodium.

Take the missed dose of sodium bicarbonate as soon as you remember it if your doctor prescribed you to take it on a specific schedule. If the next dose is soon due, skip the missed one and carry on with your regular dosing plan. To make up for a missing dose, do not take a second one.

Side effects from sodium bicarbonate are possible. If any of these symptoms are severe or do not go away, let your doctor know right once:

Call your doctor right away and stop taking sodium bicarbonate if you experience any of the following symptoms:

If you experience a serious side effect, you or your doctor may send a report to the Food and Drug Administration’s (FDA) MedWatch Adverse Event Reporting program online or by phone (1-800-332-1088).

Keep this medication tightly closed in the original container and out of the reach of children. Store it away from excessive heat and moisture at room temperature (not in the bathroom).

Keep all scheduled appointments if your doctor has ordered sodium bicarbonate so that the effectiveness of the medication can be evaluated.